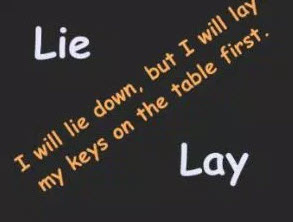 Allusion / Illusion—An “allusion” is an indirect reference. (The speaker made an allusion to the scary movie.)
An “illusion” is something that misleads or deceives. (The ghost turned out to be an illusion.)

Among / Between—Use “among” when comparing more than two elements. (The food was divided among the people.) “Between” is used with two elements. (She had to choose between the dog and the cat.)

Can / May—”Can” indicates an ability to do something. (I can do it if you show me how.)
“May” means to be allowed. (You may do it after I’m finished.)

Connotation / Denotation—”Connotation” refers to the implied meaning of something. It is the baggage that comes with the word. “Denotation” is the actual meaning of the word.

Fewer / Less—”Fewer” means smaller in number and is used with countable items. (My yard has fewer orange trees than yours.) “Less” indicates a reduction in matters of degree, value, or amount. (I can pick my oranges in less time than you.)

Lay / Lie—”Lay” means to put something down. (He lays the place mat on the table.) “Lie” means to recline. (She lies down on the sofa to relax.)

Passed / Past—”Passed” is the past tense of the verb “pass.” (Grandma passed the corn to Billy.)
“Past” should be used when referring to time or distance. (The corn flew past Billy and landed on my lap.)