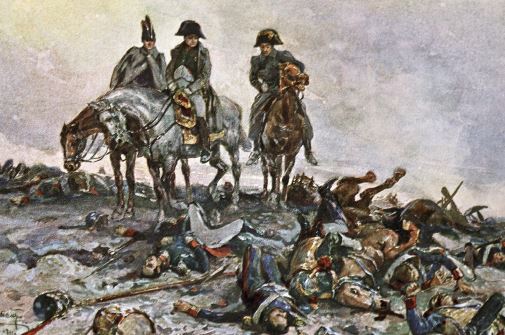 I can’t seem to move on without finishing up my thoughts on War and Peace. There is so much in this book, so many quotes that provoke thought that I wanted to record some of them here. But first, a few general comments.

The members of my book club complained that there were too many character and plot loose ends. I think that is because throughout the work, Tolstoy was trying to imitate life, real life. And in real life people form new relationships and move on. There isn’t always closure and there is often disappointment.

Because of this, War and Peace can be read in several ways. It can be read merely for its story. It can be read for Tolstoy’s philosophy regarding historical science. Or, it can be read for the many details of human nature and interaction that Tolstoy provides. Clearly Tolstoy understood the Russian aristocracy and the politics of the drawing room. I think it’s interesting to ponder how the drawing room of the 1800s and the social norms observed there can still be found to some extent, though somewhat altered, in places of social interaction today—such as the office. If you think about it, for many of the aristocrats of the 1800s who did not have to work and therefore did not have the cubical madness we embrace today, the drawing room very well may have been their equivalent of our office.

Another thing that makes this book so interesting is that it was written approximately 150 years ago about events that happened approximately 200 years ago. The details that we get transport us back in time. I have to say that I am so sorry for the poor horses. Taken into battle, wounded, killed, starved, eaten. War itself is a suffering, blind mess, and Tolstoy provides vivid details:

“Prince Andrey turned his scornful gaze on the endless, chaotic mass of detachments, wagons, supply vehicles, artillery and more wagons, wagons, wagons of every size and shape, overtaking one another and blocking the muddy road three and four abreast. On all sides, right up front and way behind, as far as the ear could strain in every direction, you could hear wheels rumbling, carts rattling, wagons creaking, gun-carriages groaning, horses trampling, whips cracking, drivers shouting and everybody swearing, soldiers, orderlies, and officers. The roadsides were littered everywhere with fallen horses, flayed and unflayed, broken-down wagons with solitary soldiers sitting by them just waiting, other soldiers separated from their units, heading in little groups for the next village or carrying loot from the last one—chickens, sheep, hay, or sackfuls of something or other. When the road went uphill or downhill, the crowds squashed together even closer, and there was an endless hubbub of shouts and groans. Soldiers floundering knee-deep in mud heaved guns and wagons along with their bare hands while the whips cracked, hoofs slithered, traces snapped and the air rang with the most heart-rending cries.”

Do I like Tolstoy? Well, yes and no. I don’t like that Tolstoy is trying to push his agenda on me. Every writer does this, of course, but Tolstoy has a heavier hand than I like. One book club member said that after Tolstoy, she didn’t think she would read any more Russian authors. I was stunned. What a statement and from a world traveler no less. Are all Russians the same? Everyone of them? Now, yesterday, and forever? What?????

Sorry, I’m going to have to digress here. These are the kinds of statements I’m having to make lately: Not all Russians are the same. The USSR is no longer in existence. The USSR consisted of 15 republics that dissolved in 1991, not in 1989 when the Wall fell. The Wall was in Germany. Russia was one of those republics. Russians are not all atheists! There are many deeply religious Russians. Notice the incredible eastern Orthodox churches. Russians do smile, and they do smile in public. Yes, yes, I know. We were all victims of Cold War propaganda, but we don’t have to continue to be victims. We can open our eyes! There are good and bad people everywhere. We are all a mix.

Ok, well that said. I like (love) Tolstoy—in parts. I love the way he captures little bits of human nature that ring so true to us that they remain relevant after more than 100 years and across thousands of miles. The following are some examples of what I’m talking about.

A severe criticism of society:

“Just as a skilful head waiter can pass off as a supreme delicacy a cut of beef that would be inedible if you’d seen it in the filthy kitchen, Anna Pavlovna served up to her guests that evening first the viscount and then the abbé as if they were supreme delicacies.”

On the way some men talk to women:

“His face changed instantly and assumed the sickly sweet, patronizing air which he obviously reserved for conversations with women.”

On women who forget themselves:

“She had obviously forgotten her age, and habit had told her to let go with all her ancient womanly wiles.”

The sometimes painful sincerity of Pierre:

“His smile was not like theirs—theirs were no real smiles.”

“If I were fighting for freedom I’d understand it. I’d be the first to enlist, but helping England and Austria against the greatest man in the world—that’s not right.”—Pierre

“‘If everybody fought for nothing but his own convictions, there wouldn’t be any wars,’ he said.”

“‘Never, never get married, my dear fellow…But tie yourself to a woman and you’ll lose all your freedom, like convict in fetters. And all the hope and strength there is in you just drags you down and tortures you with regret…If you only knew what these fine women are, or let’s say women in general…Selfish, vain, stupid, totally vacuous—that’s what women are when they show themselves in their true colors.”—Prince Andrey

“Even in the very warmest, friendlist and simplest of relationships you need either flattery or praise in the way that you need grease to keep the wheels turning.”

Before Pierre received his inheritance he was received “like a corpse or a plague victim.”

“…the prince was brusque and always demanding so that without actually being cruel he inspired the kind of fear and respect that the cruelest of men would have found it difficult to achieve.”

The Way a Man Can Shame a Woman:

“On the way to his sister’s room, in the gallery connecting the two parts of the house, Prince Andrey came across Mademoiselle Bourienne who smiled sweetly at him. It was the third time that day that she had happened on him in out-of-the-way passages, always with a nice beaming smile on her face.

“‘Oh, I thought you were in your room,’ she said, blushing for some reason and looking down. Prince Andrey glanced at her sharply, and a look of bitter displeasure came over his face. He glared at her in silence, not at her eyes but at her forehead and hair, with such contempt that she turned bright red and walked off without another word.”

“The enemy held their fire, increasing the sense of that dark menacing, mysterious, and intangible dividing line that exists between two warring armies. One step across that dividing line, so like the one between the living and the dead, and you enter an unknown world of suffering and death.”

Later when Pierre is trying to ask Helene to marry him, he mentions a line that he must cross and his inability to cross it.

On Fear in War:

“He grabbed his pistol, and instead of firing he hurled it at the Frenchman and dashed towards the bushes as fast as his legs would carry him.”

Well anyway, I could go on and on, and maybe I will at some point later. The book is a hefty tome, no doubt about that. I can’t believe it would ever be assigned to a high school student. That seems preposterous and a way to kill a love of literature in anyone. But if read without a deadline and for pure interest in the subject, War and Peace has a lot to offer.